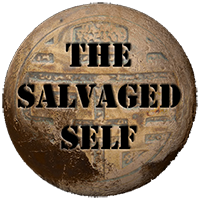 A sci-fi art game meditating on life, death and consciousness.

Journey into space through a fragmented memory palace.

This is an art game. There is little gameplay, the beginning is a bit confusing and so is the end. The middle requires player effort to untangle the story and figure out what is happening! A single play through probably lasts just over an hour (depending on how you play it).

The gameplay is a sort of hybrid of point & click adventure and first person shooter with the world moving while the pointer (cross hairs) remain in the centre of the screen. The core gameplay is the exploration of each screen by zooming in and out in order to navigate and search.

The game comprises eight chapters, each a single searchable screen. There are 120 spoken fragments of memory scattered across the eight chapters that together conjure an impressionistic story. Note that there is an underlying hard science fiction story, though initial impressions might suggest otherwise.

Selecting 'New Game' on the main menu screen takes the player to an introductory screen. Have a go at zooming in and out. Zoom in and move to the bottom left of the screen.

A circular cross hair in the centre of the screen turns red when over a memory trigger. Note that to access a memory wait for a few moments until the cross hair turns fully red. An audio clip plays and the text of the clip appears at the top left of the screen.

Using the mouse to click on the circular, green 'Hint' button at the left reveals the locations of the triggers on the current screen. As triggers are discovered they disappear, until finally when all of the ones on the screen have been accessed the 'Hint' button is replaced with a  'Continue' button. Use the mouse to click on the 'Continue' button to progress to the next screen.

The game autosaves as you progress, so you can quit halfway through and return to it another day and pick up where you left off. Selecting 'New Game' on the menu screen deletes the autosave and restarts the game from the beginning.

Use the 'Exit Game' button on the menu screen to quit out of the game.

Ambient Quest Studios is the home of a number of experimental and research games.

The Salvaged Self was created by:

The game took three years to make in our spare time (we don't have enough spare time!).

www.salvagedself.com (takes you to this Salvaged Self itch.io page) 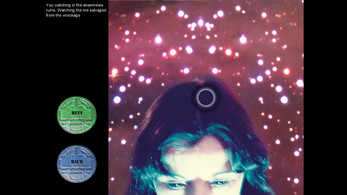 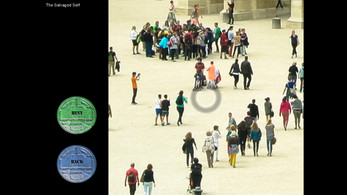 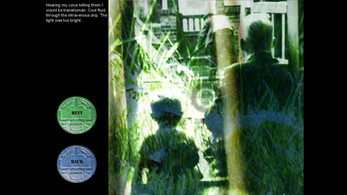 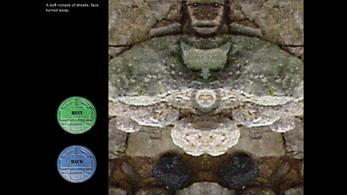 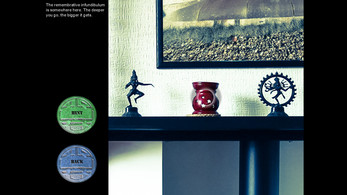